Warning: "continue" targeting switch is equivalent to "break". Did you mean to use "continue 2"? in /nfs/c01/h08/mnt/10442/domains/blog.fatthomas.com/html/wp-content/plugins/revslider/includes/output.class.php on line 3169
 Review – Kitchen Table – FATTHOMAS 
Warning: count(): Parameter must be an array or an object that implements Countable in /nfs/c01/h08/mnt/10442/domains/blog.fatthomas.com/html/wp-includes/post-template.php on line 284

We lost a good man’s youth on Saturday. Having to face his fifth decade my friend Tom did the only decent thing a self-respecting Londoner can do – book an entire Michelin Star Restaurant for all his friends, pay for all food and drink and have a jolly time. Thanks Tom, you truly are one of the great ones!

I had visited Kitchen Table before, I think around 2010 before the “&” was added to the name and just shortly after opening.  Although many new dishes were served not much has changed conceptually since my last visit. A good thing.

With James Knappet at the helm you are right to expect a lot of Noma-ish locally sourced dishes with ample use of de-hydration techniques and celebrations of British traditional ingredients. The menu consists of 14 individual components posing as the centerpiece of each micro course, although you’d be hard pressed to identify some of them just from the photographs.

The Truffle dish was one of the true highlights of the evening, incredibly creamy and rich with ample infusions of my favorite fungus. There is something fascinating about the longing a single ingredient on a menu can cause, all the other stuff just becomes distracting. After the dish arrived it became clear which course we were truly waiting for all along – everything else was just part of the lead up.

Through the entire evening the kitchen hierarchy was a fascinating thing to watch. Staff was working at ease in one of the smallest of spaces but all their performances were disciplined and running perfectly smoothly. Finally, when the beautiful duck roasts came out of the oven Chef Knappet himself took charge, I guess there are some things you will always have the honor of doing if you run your own Michelin starred restaurant.

Kitchen Table is an amazing place – innovative, professional and incredibly open while still able to offer a very private space for its customers. It is a view into a world class kitchen and offers some of the smartest and best food in the capital. If you like sitting at a bar and don’t mind having the choice between mingling with strangers or booking 20 seats at once you should try and get a booking. I look forward to going back next year! 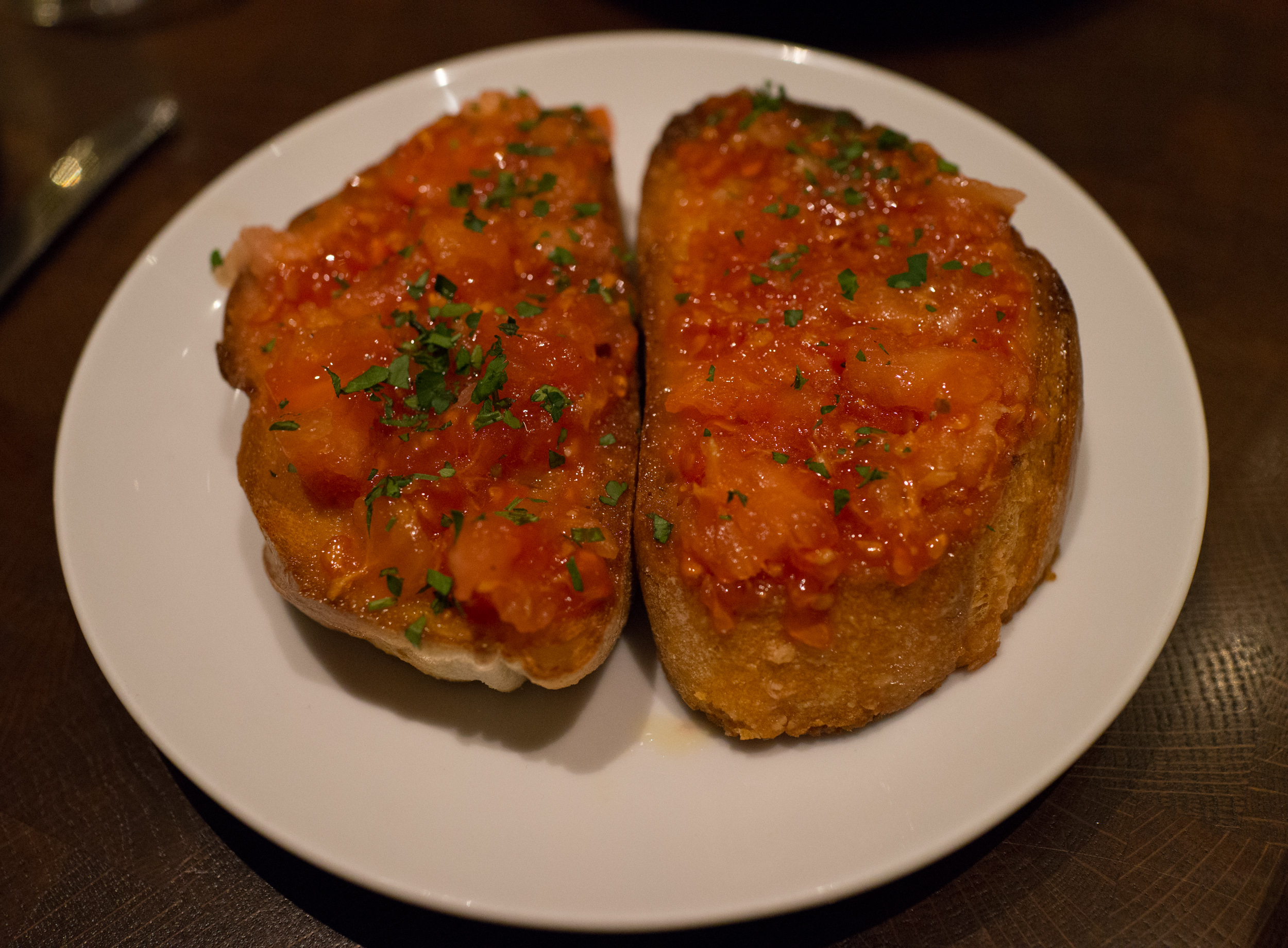