At first sight Lyle’s in Shoreditch actually looks and feels like the kind of restaurant that I don’t like. A loud and overly bright open-plan, brick walled hall bearing comparison to a train station. The small tables appear lost and harshly exposed to the cold concrete floor with few able to comfort the punters with a corner or wall to hide against. The restaurant is faced by an imposing industrial kitchen, an impressive chrome cladded machine of modern British cuisine. Shame it is lacking a counter with bar stools, something I would love to see. 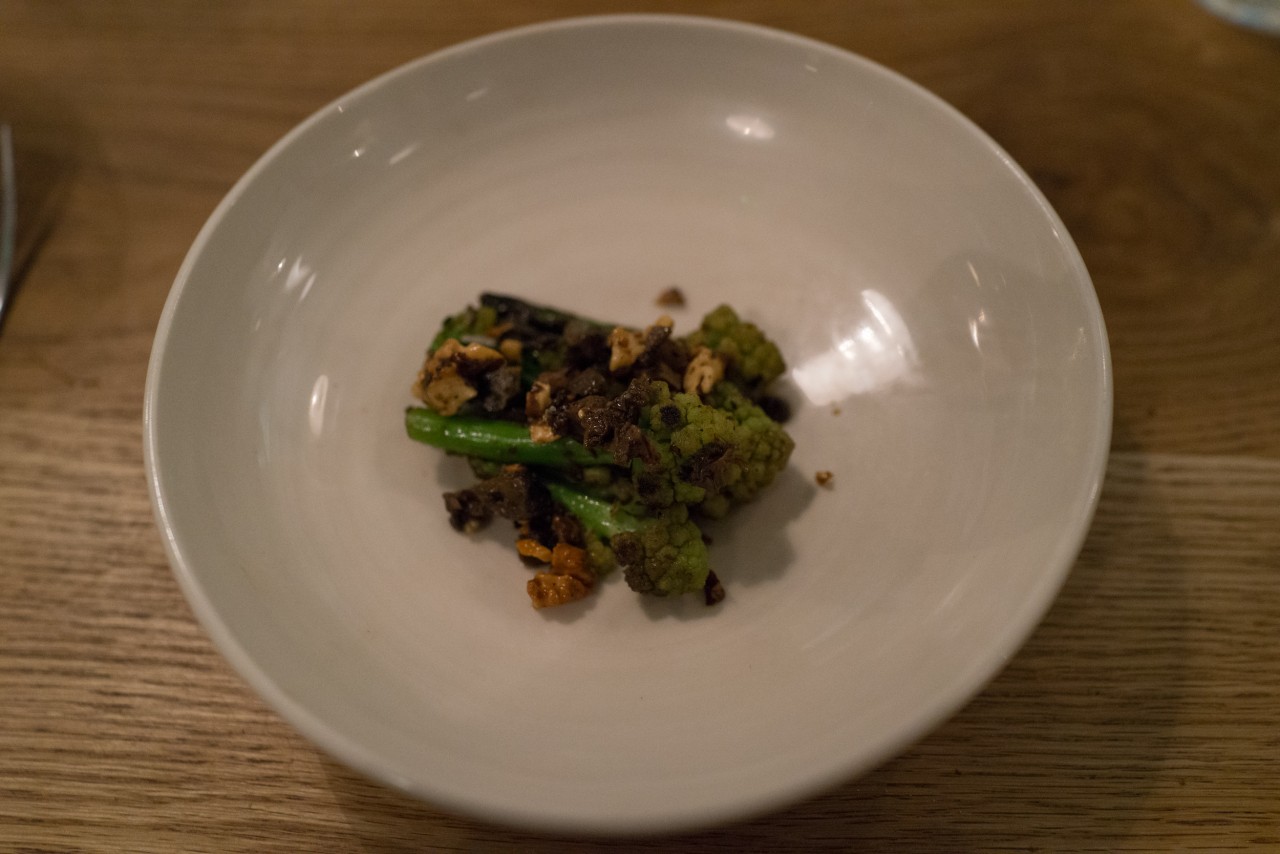 Despite feeling an initial lack of privacy and comfort Lyle’s was one of the smartest and most interesting meals of the last months. James Lowe, formerly part of the “ground-breaking trio” The Young Turks, is deservedly hailed as one of the new wizards of British Cuisine. His restaurant showcases everything London stands for – innovation, style, attitude and a rich and unique heritage.

The dishes at Lyle’s are sophisticated and smart. Really smart. The achieved precision is of a degree that reminded me of The Fat Duck – a compliment of the highest order. Whenever the Michelin Star will come – nobody will be surprised.

I’d be hard pressed to find an example of a more unimpaired dish than the Saddleback Pork. Truly and unapologetically British. A perfect roast is rarely improved by abandoning the traditional ways, but at Lyle’s it is faithfully transformed into a confident and striking homage to French Au Jus cooking. The fresh leaves from what I can only imagine is a beautiful valley in Kent are accompanied by the statutory crackling – in this case a crunchy powder of salty scratchings. Tradition without repetition, perfection without pretension.

Lyle’s is a great restaurant with a world class kitchen that London can be proud of. I might not be in love with the premises, but the food was one of the highlights of 2015.