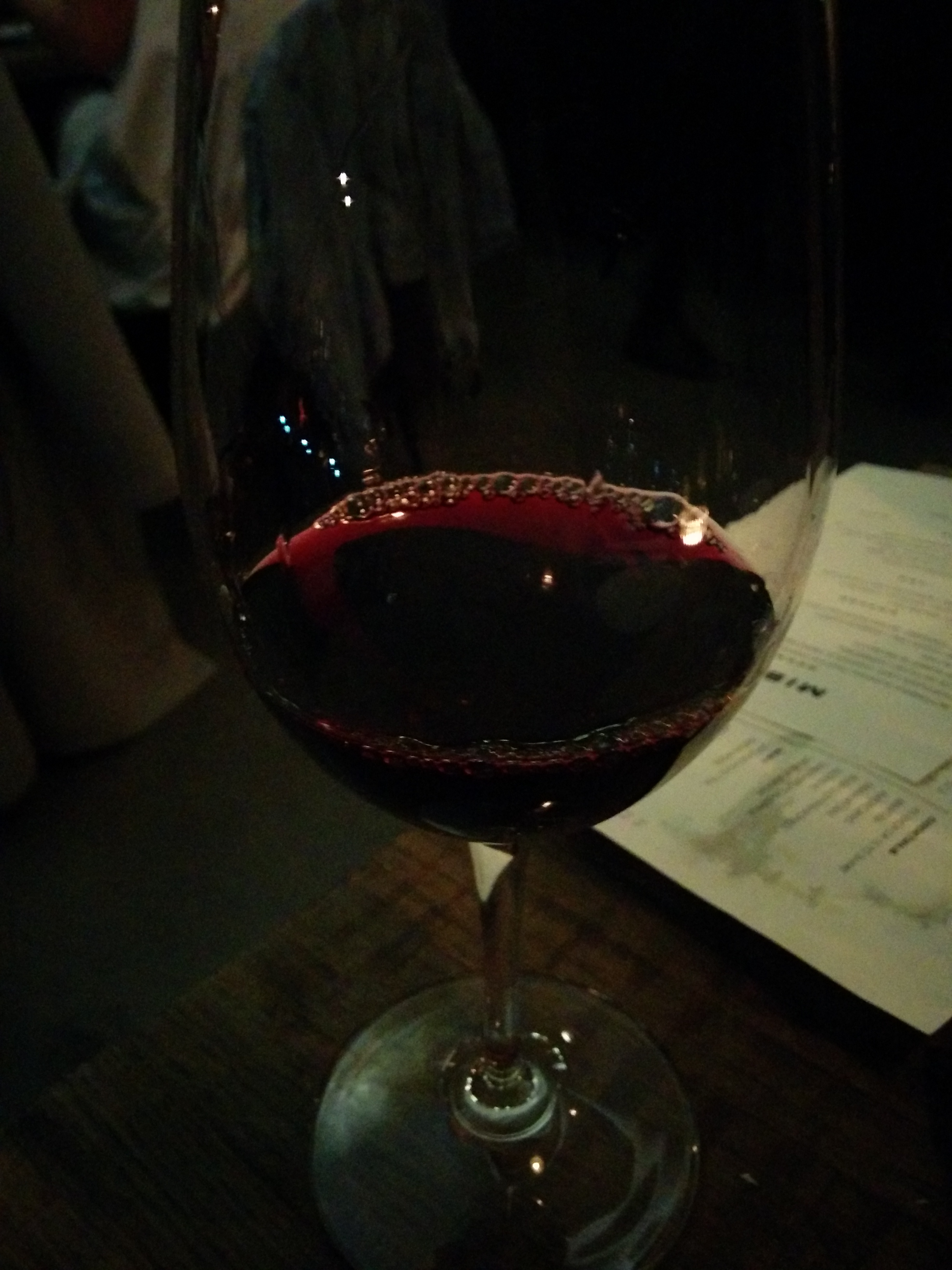 Sager & Wilde’s second wine bar in Shoreditch opened recently with a focus on new Californian grapes. I was quite excited ahead of this but bitterly disappointed with the experience despite the very interesting wine list. The Geyersville Ridge Double Mangnum 2012 was a revelation. Mainly a blend of Zinfandel and Carignane and aged for 13 months in Californian Oak. Smooth, rich and lots of cherry and lovely tanins. Beautiful!
The food was nothing to write home about but perfectly suitable and enjoyable for the location and wine list. I will give a special mention to the fact that they serve Ox Brain Tartare, which I admit I did not have the balls to order but appreciated nonetheless. No photos were taken of the food, but here is one of their excellent palmtree in the middle of the restaurant. 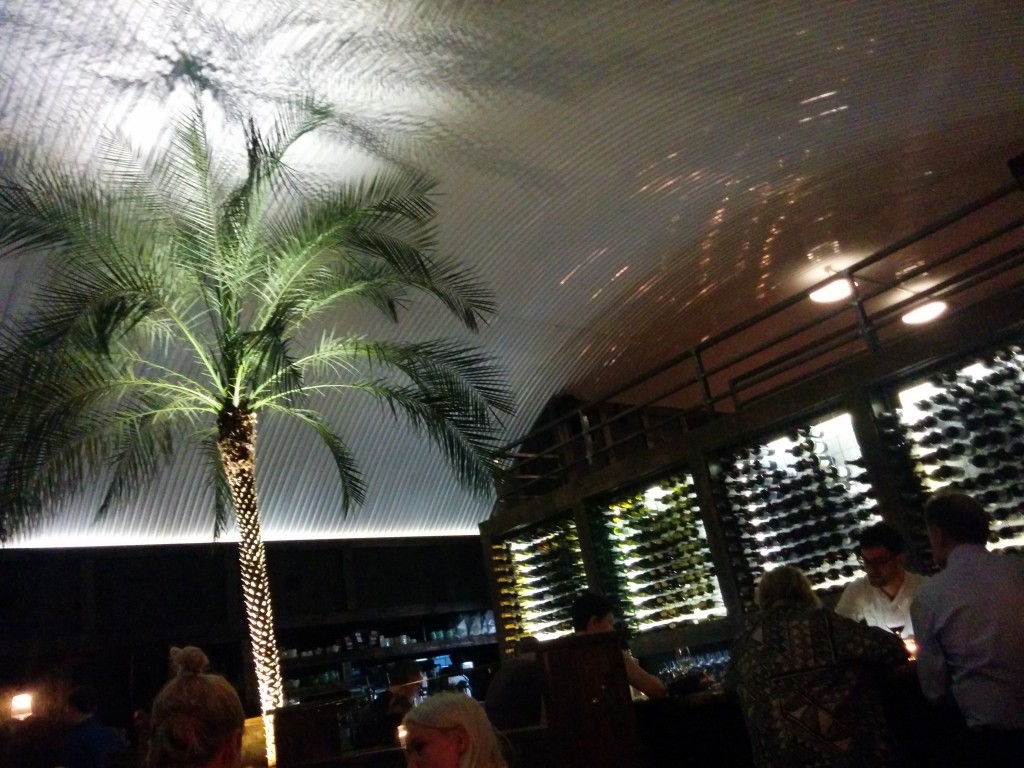 Now the good stuff.
Mission feels like some sort of E2 sharehouse for hipsters in their early 20s – funded by an absent millionaire. If you think this sounds great for the people that work at Mission then you are probably right, but as a customer it was really rather annoying. Staff certainly had fun drinking and not attending tables and forgetting orders or not apologizing for replacing a corked glass of red with another one with big bits of cork swimming in it – but having to actually go to the bar to remind staff that our table of two ordered 2 glasses – not just one (?!) – well … it was a bit frustrating! Also if there is one thing I really, really (really!) hate when you order by the glass is when you get totally random amounts of wine each time. Especially if it ends up like this. I kid you not, this is what they put on our table: 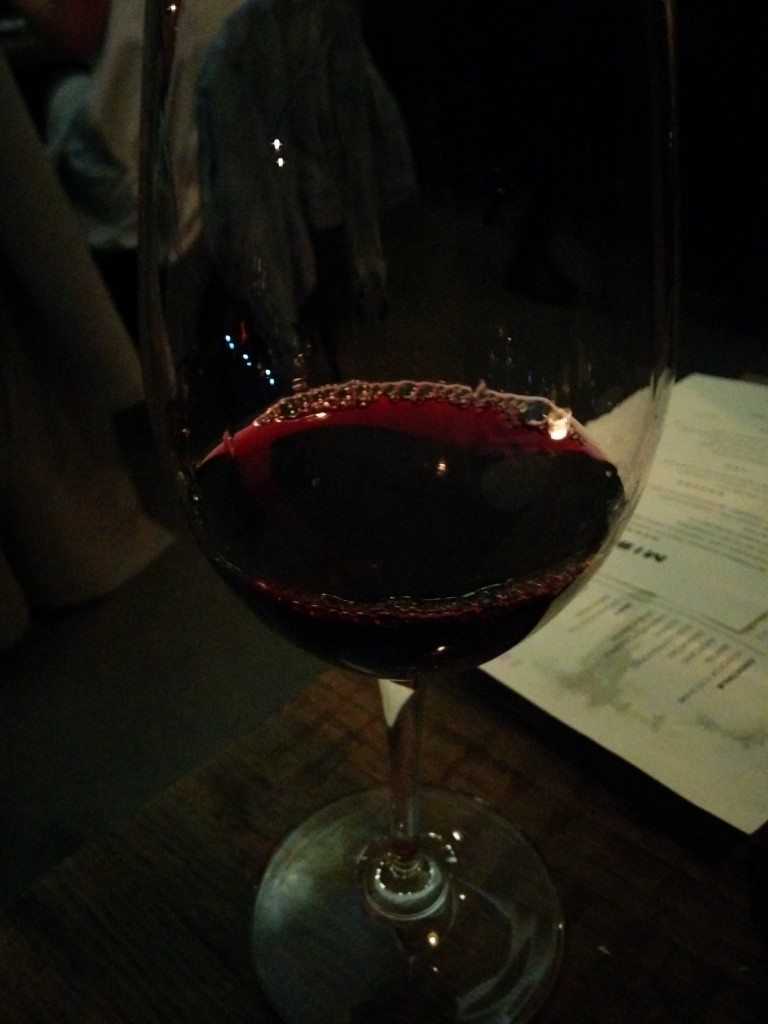 Where is the rest?!

Also, I usually don’t care about formal attire when it comes to waiters, but at Mission we could not even tell who was a customer and who wasn’t – if you are wearing ripped jeans, a beany and are on your mobile while walking amongst the tables I would not instinctively describe you as recognizable. I sound like a grumpy old man but I am calling this bullshit.

Most importantly though the staff was not informed (or could not be bothered) about the wine. Asking for any descriptions of flavour or context was answered only in one of two ways. Either a confused  “Uhm, this is new, I will ask somebody” – and then nobody ever came back – or a seemingly tipsy and enthusiastic story about how “cool” the dude is that made the wine. That is interesting and fun to know, but what does it taste like? “Maaan, the guy is such a dude, he is like the Don Draper of Sonoma Valley!” Okay cheers!

Also this is what a “cheese platter” looks like at Mission – two cheeses, no comment about what it actually was (neither on the menu nor by the waitress) and the most loveless slicing and presentation I have seen in a while. Cheese was ok though, whatever it was. Meh. 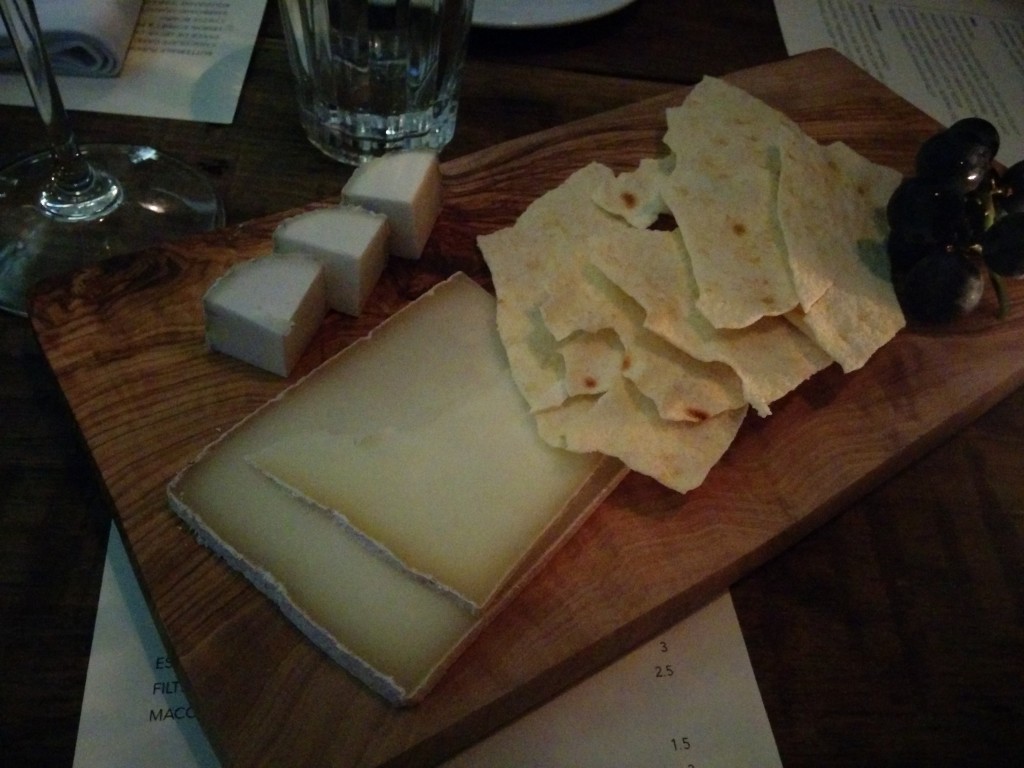 Mission might still be fleshing out things, but I still felt ripped off. No thanks. 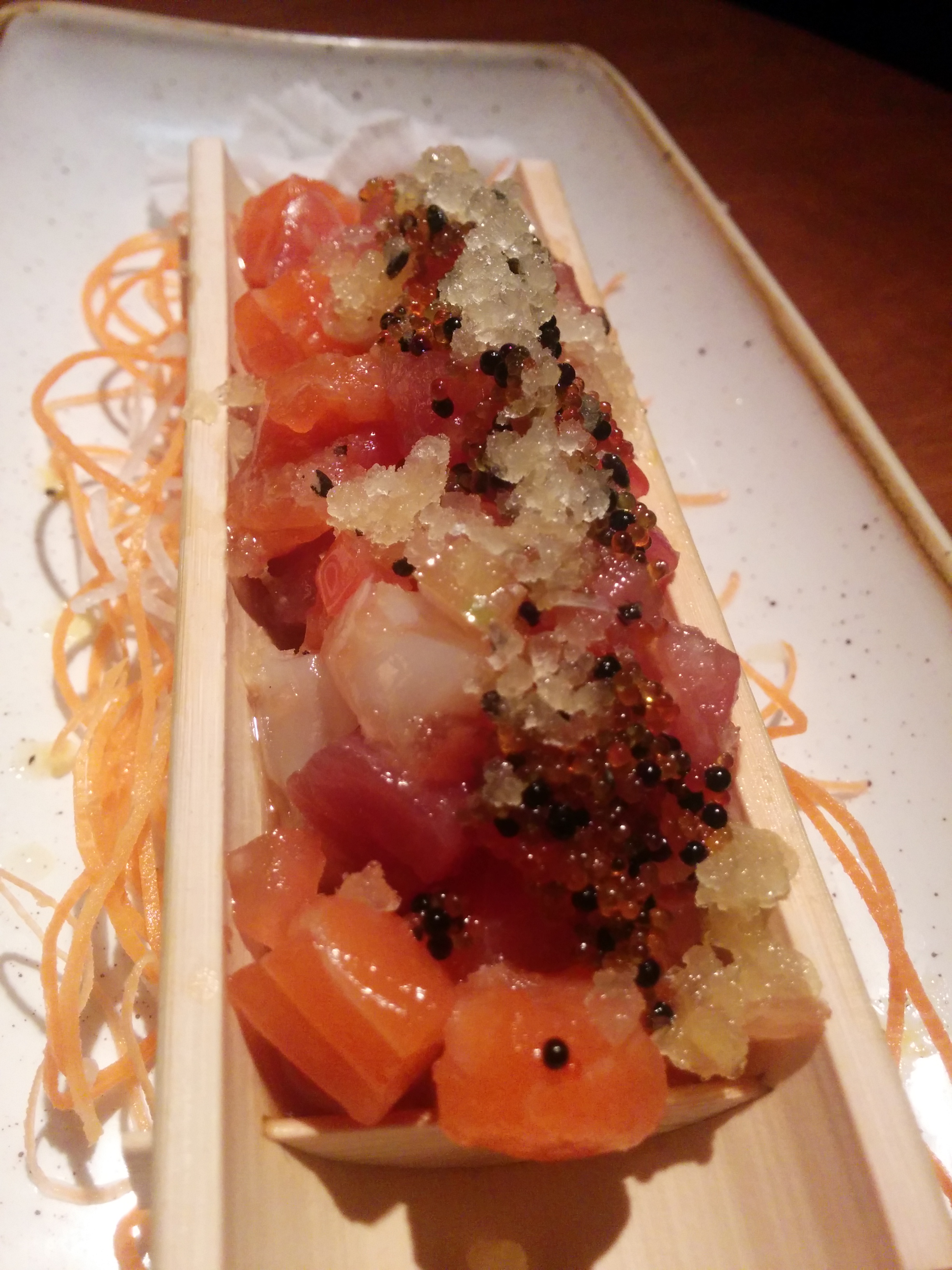 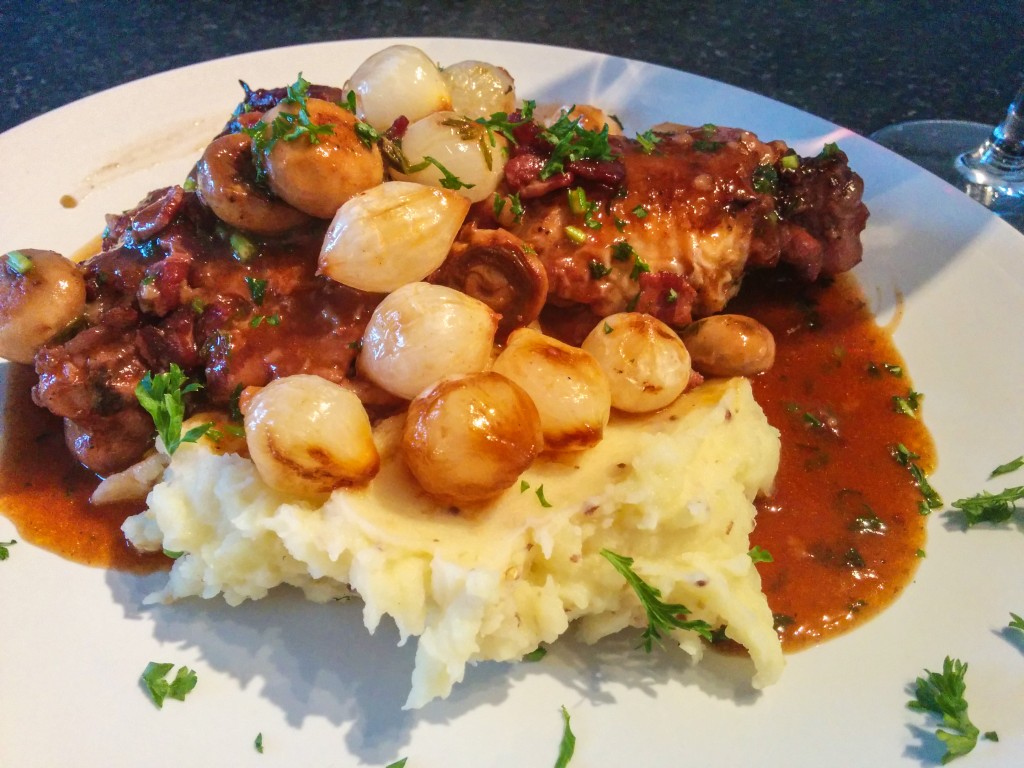