Warning: "continue" targeting switch is equivalent to "break". Did you mean to use "continue 2"? in /nfs/c01/h08/mnt/10442/domains/blog.fatthomas.com/html/wp-content/plugins/revslider/includes/output.class.php on line 3169
 Review – Smoking Goat – FATTHOMAS 
Warning: count(): Parameter must be an array or an object that implements Countable in /nfs/c01/h08/mnt/10442/domains/blog.fatthomas.com/html/wp-includes/post-template.php on line 284 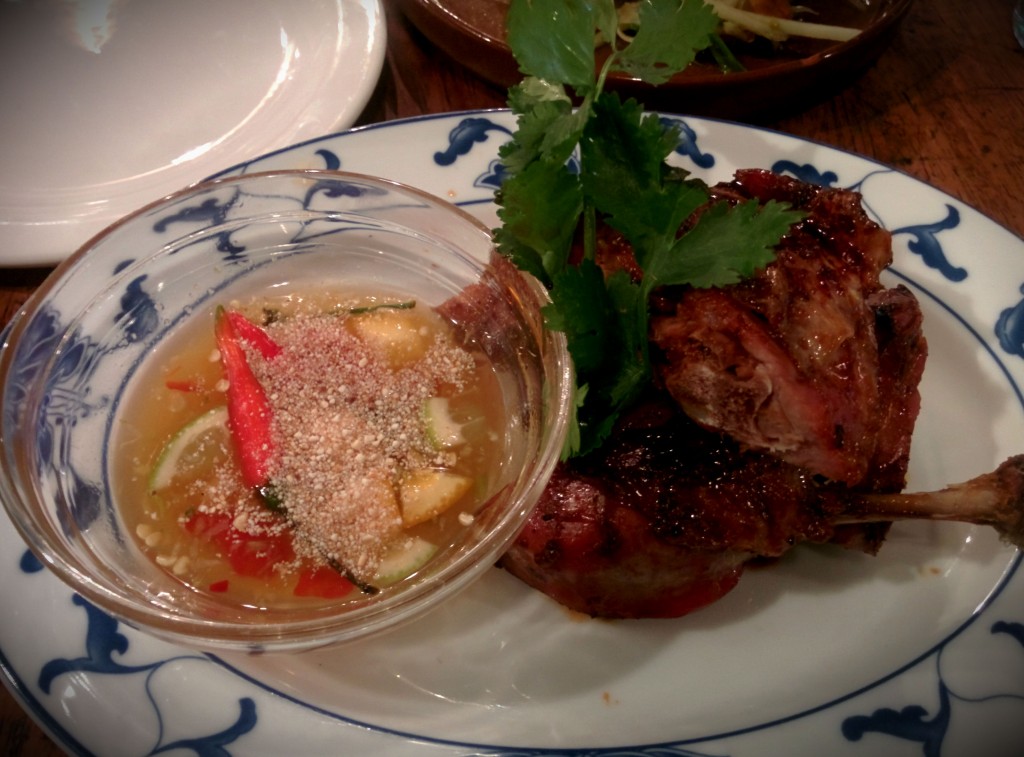 Until this afternoon when I randomly strolled down Denmark Street I had no idea that Smoking Goat is now open during daytime, and evidently neither did anybody else – I ended up being the only customer for most of my very spontaneous Wednesday lunch.

As pleasant as this was it probably subtracted somewhat from the buzzing experience described elsewhere – no queues, no noise, only a bit of smoke but at least some excellent Sun Ra straight from their vinyl. Much appreciated.

Based on previous reviews and talk on twitter I had very high expectations for this meal but was a tiny bit disappointed to only see them met partially. Don’t get me wrong, the food at Smoking Goat is very good and probably tastes best when you queued and had a few drinks with friends, but it isn’t the revolution for Thai food that some made it out to be. At least not to me.

My chicken wings were incredibly, ridiculously crunchy, and yes, that is a very good thing. The sticky glazing was also severely salty, and I mean over-the-top salty to the point that my mouth and tongue went almost numb. I am no softy when it comes to spicy, well seasoned food. I really am not. But this was simply too much and felt almost like a mistake. I tasted the fish sauce, I loved the sesame seeds and sweet honey (?) coating. The meat was tender and juicy but I could feel my blood pressure raising to dangerous levels and was barely able to taste anything else afterwards. Mixed feelings, and I say this as a chicken wing lover.

The slow roasted duck legs are covered in smokey and bitter bbq, lemongrass and kaffir lime flavours which beautifully contrast the sweetness of the duck meat. The accompanying fresh papaya salad (with extra fiery raw chilli and toasted peanuts) bursts with intense flavours and multiple levels of textures. It doesn’t help to offset the tangy and super hot dipping sauce served with the roasted duck legs, but what the heck, I was already breathing fire.

I really wanted to order the scallops but unfortunately they were not available today. It makes me wonder if ordering another dish would have helped me to understand what many others appear to love about Smoking Goat. Clearly it is a London favourite at the moment, with one review after another singing its praise. It is hard to disagree with the quality of the food in general and I am aware that as a single diner I was not able to sample the entire variety of their dishes. It seems obvious that Smoking Goat is best enjoyed with company, not only for sharing but also for enjoying the buzz.

Had it not been for the intense over-salting of the chicken wings I would have probably joined all the previous praise unanimously. I will visit again to find out whether it is just me, or whether it was just a one-off bad serving of wings. I wouldn’t be surprised about either. 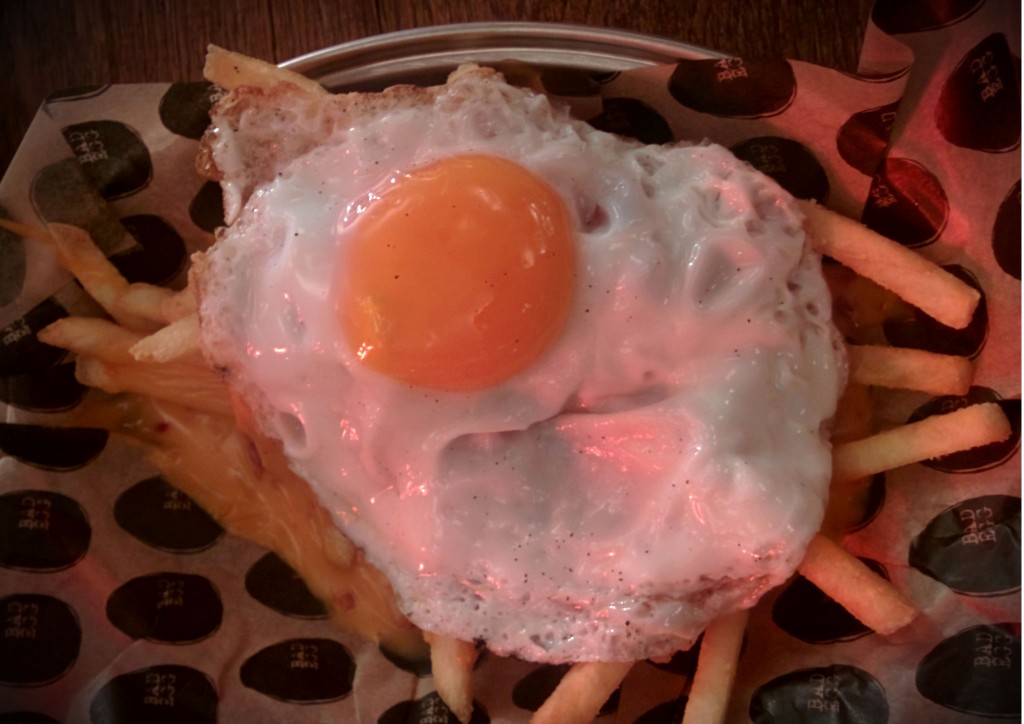 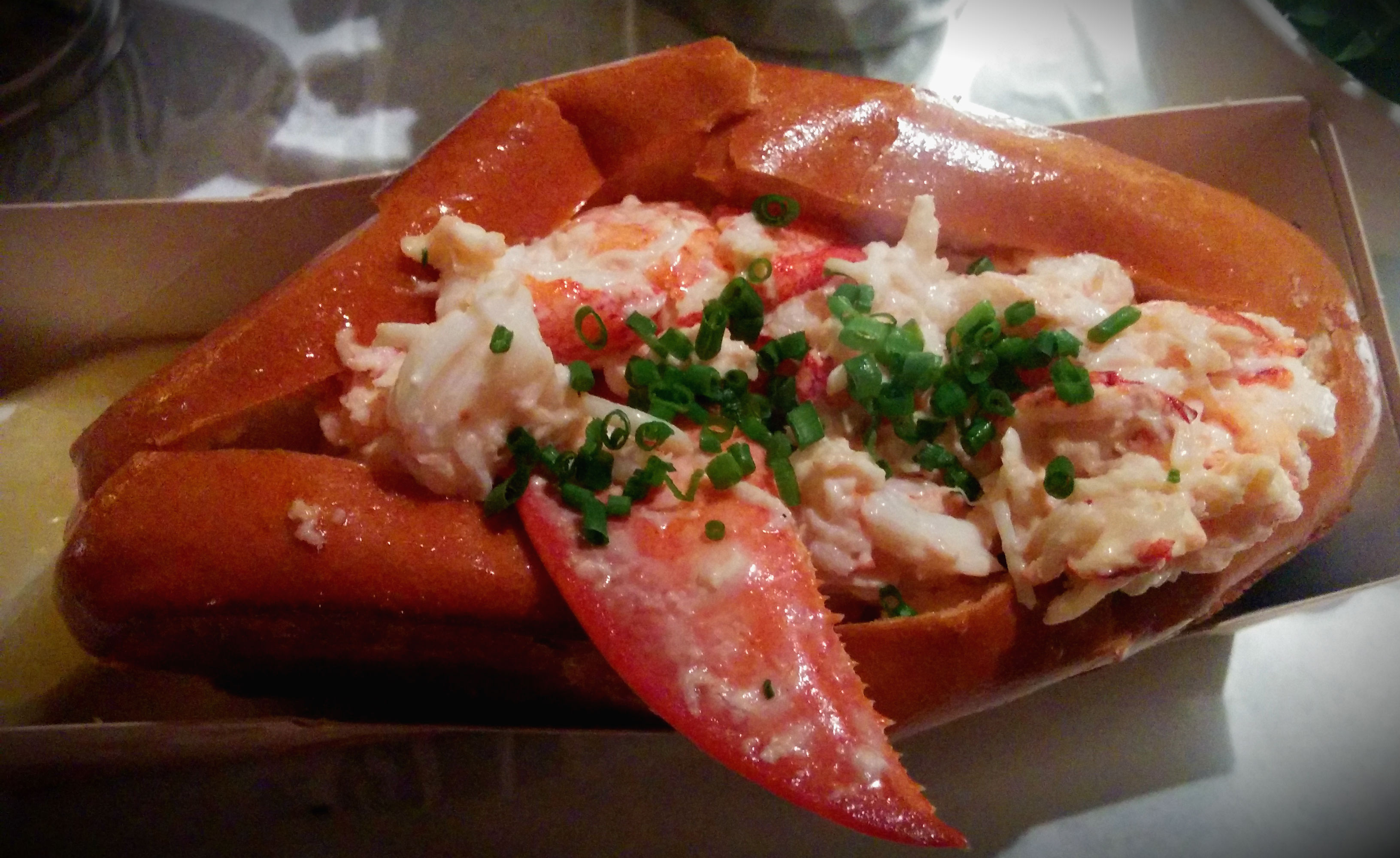