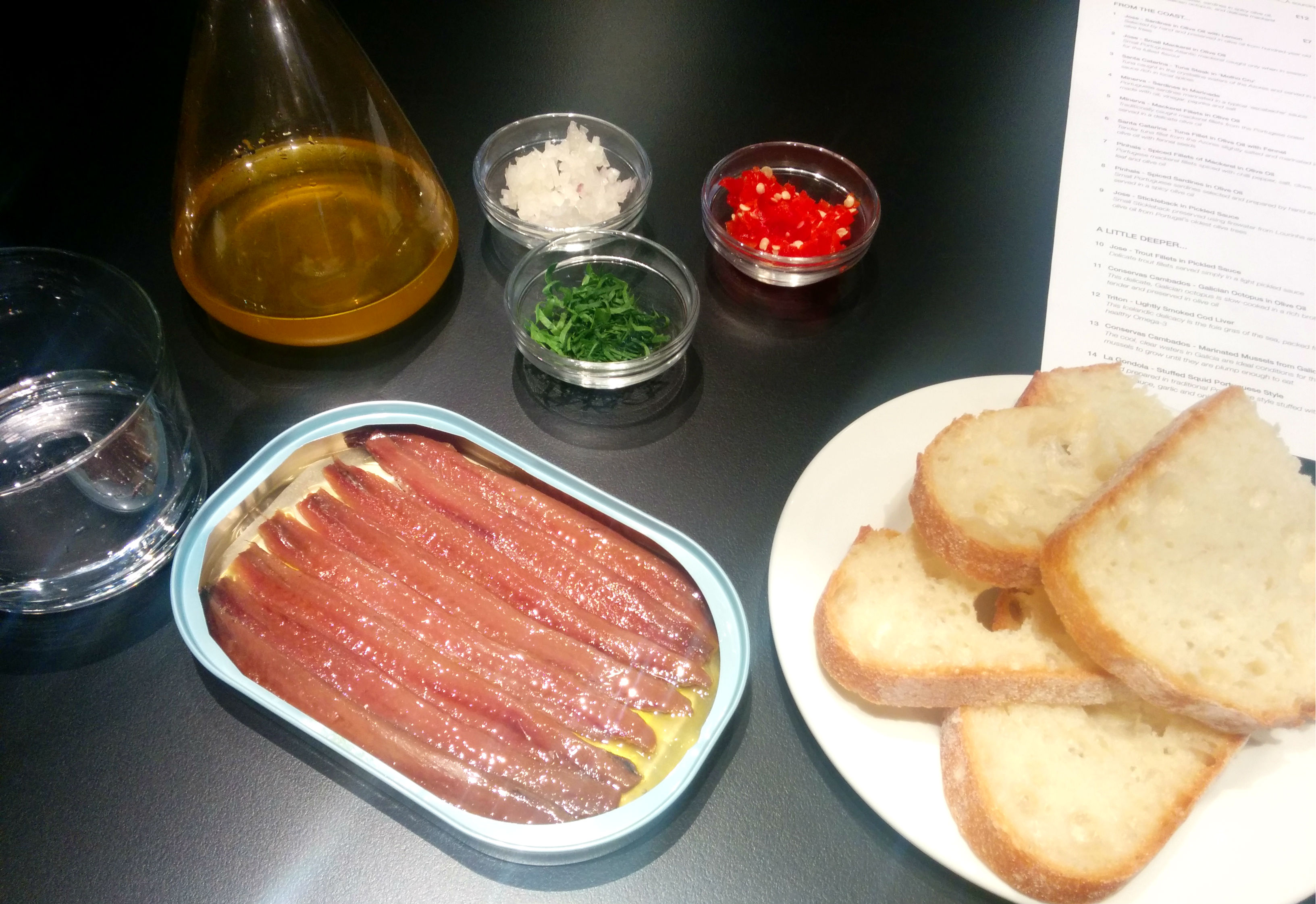 After shamefully skipping the gym today and going for a leisurely stroll through lunchtime Soho I found myself passing Tincan’s window display on Upper James St. I had read about this place before and remembered that despite the somewhat ludicrous “only food out of tins” concept I wanted to at least give it a try, if only out of plain curiosity.

Tincan looks and feels a bit like walking into an art gallery, by accident. The entire interior is covered in pretty looking tins of fish. Service is friendly and prompt with some interesting Scandinavian accents, I think. There was a lot of stuff on the menu that maybe was a bit too challenging for lunchtime (including £45 tins of caviar and various Icelandic fish livers) so I opted for “probably the best sardines you will ever taste” – Don Bocarte Anchovy Fillets – priced at £18. To put it carefully, this seemed more pricey than the tins I or most other people would be used to, but what the hell …

After about 90 seconds I got my meal. Preparation times in tin based restaurants are low. Also some nice sourdough, a simple salad with some excellent unfiltered olive oil and said tin of anchovies. I don’t know what else I expected but I admit it felt somewhat incomplete! I was pleased by the little cup of chopped chillies though. Anyways, the anchovies were indeed delicious. Satisfyingly meaty and salty, perfectly tender and – good news – very large! Yum!

I really enjoyed my lunch and did so not only for the novelty experience but also because the concept strangely works. It somewhat reminded me of having Brotzeit back home in Germany, just Nordic-Style in Soho and possibly healthier because of the fish-factor. So actually quite different, but the association holds up for me!
Despite the price tag, rather small portion sizes and the definite potential for hipster-nonsense I actually felt that I was being served an honest and interesting variation of a traditional restaurant meal.

In summary I am not sure if Tincan is worth an extended visit for a hungry group of diners, but it certainly is worth a visit in general, especially because it currently is running as a pop-up and will close its doors after Christmas. It is a bit silly, but it also is kind of awesome. Most importantly it is one of a kind, at least for now. Also, did I mention there are lots of tins? 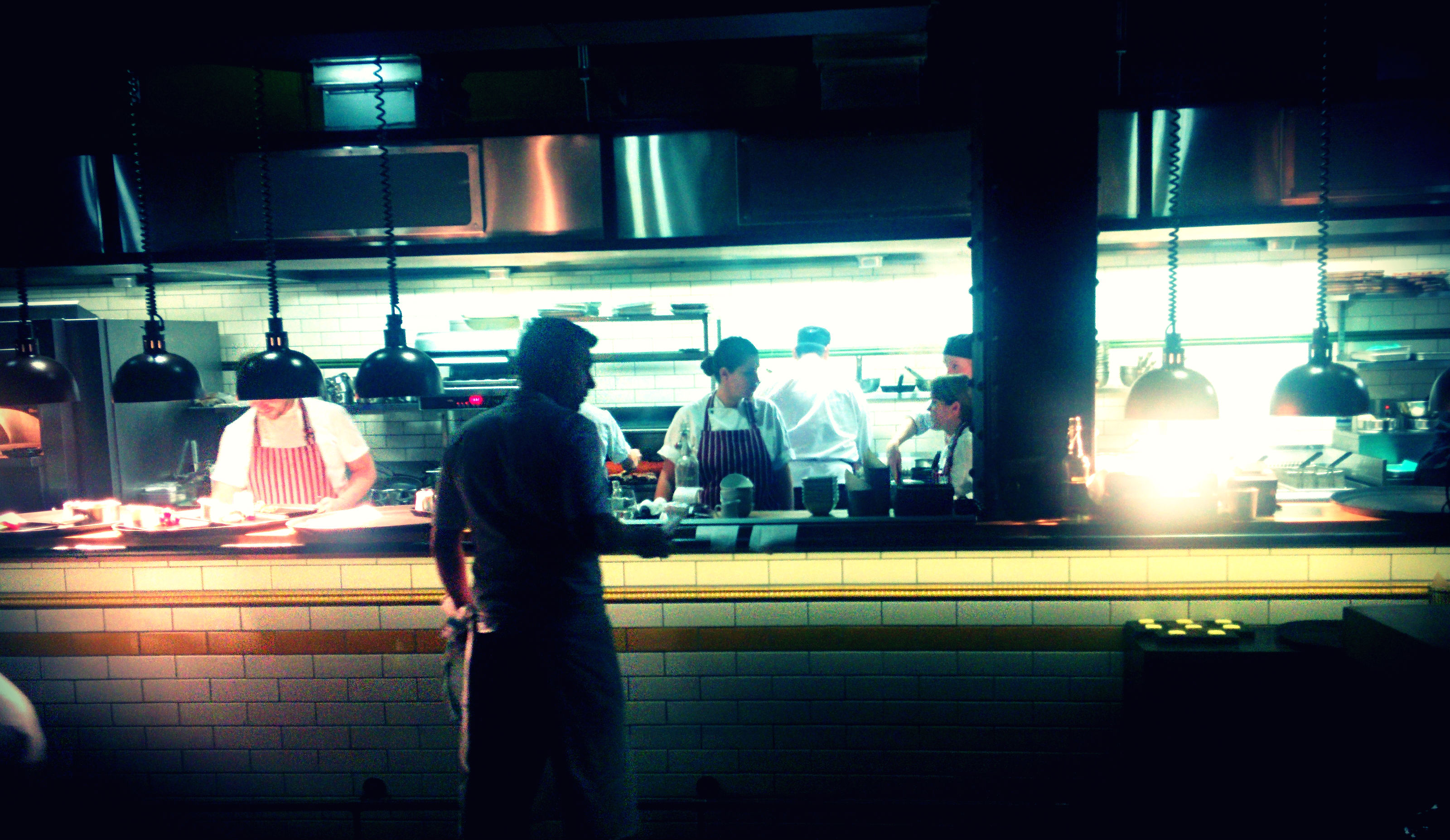 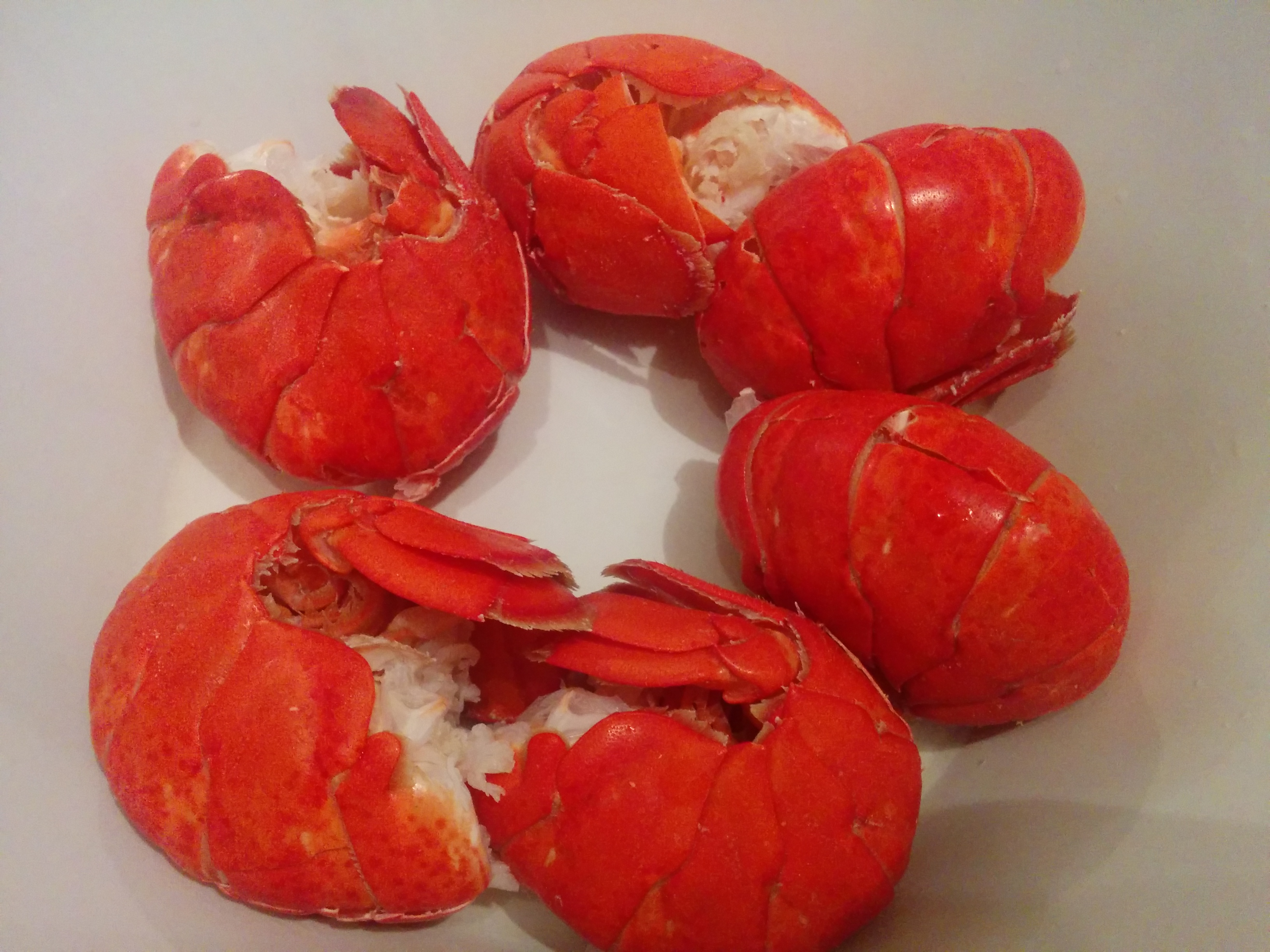